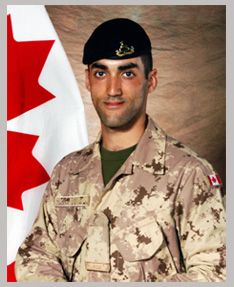 Madameek is the Arabic word for “Courses”. Why this name? Using the word in the architectural sense, it means “a continuous horizontal layer of brick or stone”.

Madameek Restaurant is an inspiration from a book, which is mostly about “one single outer wall, Lebanon’s southern wall… For over a century, this wall has carried the bulk of the country’s burden. Had its stones not been hard and fit tightly within the wall, the building would have disintegrated and fallen under the pressure of many events over time”.

Madameek “are the people and tribes; they are cultures, traditions, beliefs, and religious sects, all of which at one time or another shared in consolidating Lebanon to make it, in essence, unique among all surrounding countries”.

Madameek Author, Col. C. Barakat, said: “… I tried to teach the students the importance of the land they live on, the need for good relations with everyone and the meaning of a real peace. I do not know if I managed to positively influence any of them but I remember that many of them influenced me. I was particularly impressed by a smart, enthusiastic and energetic young boy of 12 who filled the playground and the school with life. I was destined to meet the same boy again in Canada after the 2000 exodus and this time he touched my life closely. This was Trooper Marc Diab”.

“Marc affected the life of every person he met in his short tenure in this world, and just as he impressed me as a student in St. Joseph school in Ain-Ebel (Marc’s Home Village – South Lebanon), he left his mark on many of his teachers and friends in Mississauga and those he met while in the Canadian Army, from Petawawa to Kandahar”.

Here in Canada, we are not just adding a restaurant, but it was a dream for Marc to open a restaurant in Petawawa to show the originality of the Lebanese Cuisine and Service that will raise high up one course after another. Throughout his military life as a Royal Dragoon, Marc has always dreamed of us opening a Lebanese restaurant next to his base in Petawawa. From dream to reality, Madameek restaurant was born as a Tribute to our Fallen Hero, Trooper Marc Diab, who loved a juicy Shawarma and a home made Kebeh, Fattoush salad and our famous Tabouleh salad.

Moreover, we are building relations. We are looking to enrich our Canadian heritage with a touch of the Lebanese taste, to keep Marc’s memory starting from Petawawa with no limits to our ambitions.